A late flurry of fish tightened things up as they started to feed off the surface in the morning.

The event has been a great success – thanks to the 7 anglers who took part giving it their maximum effort. Over the course of 24 sometimes gruelling hours in all weather, 40 fish were caught. I think this is a brilliant reflection on the venue to provide such quality fishing under pressure.

The catch breakdown was as follows:

Congratulation and a well deserved overall win to Kieran Benson with a total weight of 91-14. A reflection of the effort this man puts into his fishing (but don’t ever moan about your draw again!!)

Best fish went to Steve Hewkins with a lovely shaped and scaled mirror.

The overall weights were as follows:

A few lost fish here and there have made all the difference.

Many thanks to Geoff Waites and Ian Plumb for doing the prizes. If we get the interest, we’ll be doing more of this type of event going forwards. 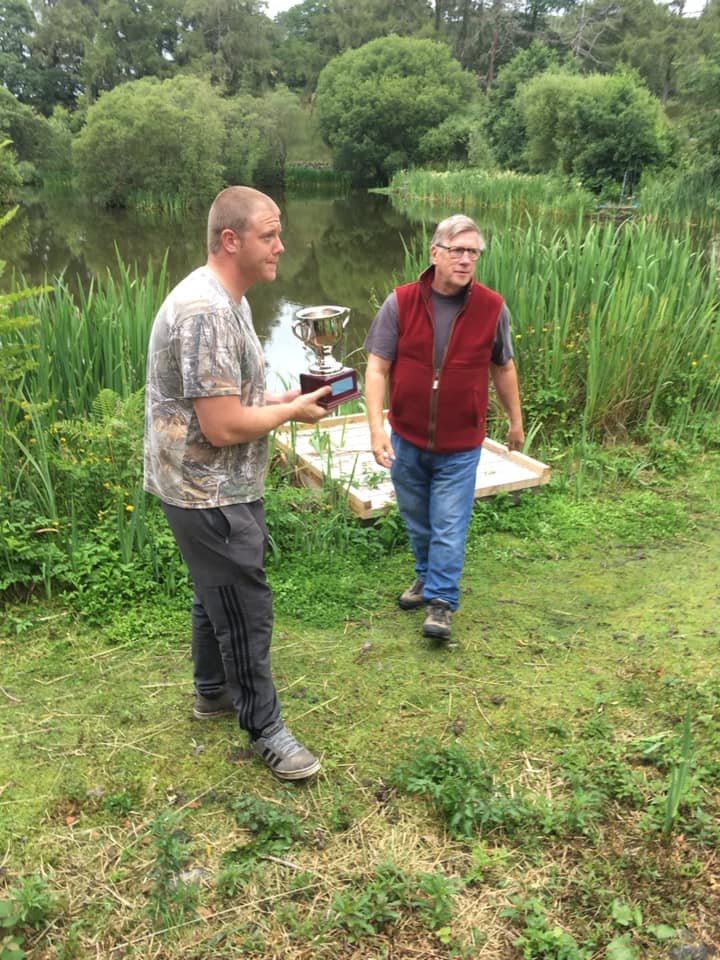 Some light reading while in isolation

One of our members Barry McLeod has compiled a great summary of Ratherheath Tarn and its development over the years. There are pictures and detailed reports of the stocks and competition results; a great read for anyone interested in the fishery. Please follow this link to the article: Ratherheath reflection Barry Mcload

Castlehead Fishery Disabled Off-Grid Toilet, Shelter and Store – With Orsted Funding Castlehead has been developed as a specialized disabled and special needs angling centre by Windermere, Ambleside and District Angling Association (WADAA). Though open for both WADAA and general anglers alike (through a day ticketing scheme), the club has worked hard to develop key […]

WADAA fisheries CLOSED!!!!! As an organisation, we are supporting Government advice. In line with many other fisheries, with immediate effect, all WADAA waters are closed to members and day visitors until further notice. Our Bailiff supported by Directors will be monitoring the waters and compliance with this closure. Anyone found to be ignoring the closure […]

Following the completion of the work at Ratherheath Tarn, we are delighted to announce that night fishing can take place all around the tarn following the partial trial in 2019. This comes with some strict conditions: This is available for MEMBERS ONLY and no night fishing is allowed on a day ticket. Bookings must be […]